Home > Life > Why Some Chinese Consumers Still Defend Skin Whitening
Products promising pale skin are still a perceptible trend in the Chinese beauty industry – but could a backlash be brewing?

When cosmetic giants L’Oreal, Unilever, and Johnson & Johnson recently announced that they would be rebranding or discontinuing whitening product lines in Asia — in response to the recent Black Lives Matter protests — it kicked off a string of comments in defense of skin whitening on both sides of China’s firewall. “Isn’t this discrimination against us?” a user wrote on Chinese social media platform Weibo, in response to a related hashtag that currently sits at over 69 million views.

“I’m Asian,” retorted a Twitter user on a similarly related post. “We use whitening products for anti-aging and skin spot prevention. Not discrimination.” “I think Asian ladies’ white skin [consciousness] started [a long] time ago […] before [Caucasians] came to our lands,” added another.

As in many countries throughout Asia, whitening is still ingrained into many people’s skincare regimen in China. Among a multitude of factors, discussion in China around the discontinuation seems to indicate that numerous users perceive the practice as divorced from issues of colorism. So why do some buyers still swear by it, while others couldn’t care less?

In China — which has had a shorter history of immigration and a more ethnically homogenous population than countries such as the US — documentation of the preference for fair skin predates the country’s first contact with Europe, when pale skin was prized due to its connotations with nobility and avoidance of manual labor. Preference for fairness can be found in the art and even in the language of earlier times. In her book White and Beautiful: An Examination of Skin Whitening Practices and Female Empowerment in China, Evelyn Yeung writes that in ancient Chinese literature, beautiful women’s complexions were often compared to “snow,” “ice,” or “jade,” metaphors that displayed “qualities of transparency, delicacy, smoothness, and whiteness.”

Much as tanning became closely tied with leisure in countries such as the US, skincare buyers that we spoke to agreed that pale skin in China is rooted in ancient class structures more than anything else. “I believe it is a historical issue,” says Ashley Miao, a Chinese student living abroad in France. “In ancient society, people who were in the higher social class did not need to go farming, so people tended to imitate them and think fair skin was a status thing.”

Yeung points out that though China may have become a destination for skin whitening products due to these historical precedents, the current saturation of these products in the market today may have more to do with consumerism and the beauty industry itself. As Korean beauty has taken the world by storm, for instance, Chinese buyers are increasingly looking to South Korean celebrities and products for cues on how to treat their skin, which tend to reinforce a “snowier,” paler look.

In the Asia-Pacific region — considered the most lucrative market for cosmetic skin whitening products — China accounts for a whopping 40% of sales in Asia, while Japan and Korea account for 21% and 18% respectively, according to a 2017 report by Future Market Insights, although the vastly different population sizes may contribute to such figures. Within the Chinese beauty market, skincare is one of the fastest growing segments, especially products that emphasize sun protection and anti-aging.

Helene Huang, a 21-year-old college student from Shenzhen, says that her daily skincare routine consists of only Shiseido Anessa sunscreen, which contains whitening compound m-tranexamic acid. Among the young Chinese skincare buyers that we spoke to, several said that in their daily regimen, while they do seek to protect their skin from the sun, they do not actively seek out products to whiten their skin. Yet products with whitening and “brightening” agents are so prevalent that they are almost impossible to avoid in over-the-counter skincare.

Other women we spoke to similarly believed that skin with yellow undertones tended to be “too dull,” that paler skin makes people look younger and gives it a “glow,” and that having a paler complexion better hides “imperfections” such as freckles, hyperpigmentation, sun spots, and dark circles.

Some buyers go a step further than sun protection, choosing to invest in products that actively make skin lighter. Ashley Tang, a university student from Wuhan, says that she uses supplements and external bleaching creams as well as sunscreen as part of her regimen.

To these women, the purported benefits of such products seem to outweigh the risks. Much has been written about the links between skin whitening products and mercury poisoning in countries such as the US and UK, as well as other potential side effects such as skin thinning, irritation, discoloration, and premature aging.

“The terms ‘lightening,’ ‘whitening,’ ‘brightening,’ and ‘bleaching’ are often used interchangeably,” says Dr. Souphi Samizadeh, an international aesthetic expert with a focus on Chinese beauty and aesthetics. “These are marketing terms used by various companies, and as such need to follow the marketing regulatory principles of each country. But on their own these do not mean much nor indicate the presence of any single product or agent.”

The terminology may also differ depending on the country in which a product is marketed — in many cases, a product with Vitamin C is sold as “whitening” in China but as “brightening” in Western countries due to translation, though the ingredients in both are the same.

Samizadeh explains that “bleaching” and “whitening” products typically use similar substances to lighten the skin by reducing its melanin concentration, which is largely determined by genetics. Dr. Soyun Cho, professor of dermatology at the Seoul National University College of Medicine additionally told CNN in 2018 that “because Asian skin has more melanin than Caucasian skin,” inflammation caused by some whitening ingredients can “lead to post-inflammatory hyperpigmentation, or discoloration” that can last from a few months to indefinitely.

Fairest of Them All: Meitu and Alibaba Drop Competing Skincare AI

On the more invasive end of the spectrum, meibaizhen (美白针) sold at cosmetic clinics involves injecting skin with a cocktail of compounds that promise to “brighten” or lighten skin — a practice that the FDA issued a statement in 2018 warning against.

Regulation of such products in China is considered some of the strictest throughout Asia. Though one clinic in Shanghai that we contacted said that the product was not “government approved” and therefore not offered, another clinic did offer meibaizhen under the name “total body whitening” (全身美白疗法) and assured us that the practice was safe.

It is also worth noting that not everyone in China subscribes to the pressure to be fair. Flora Ye, a 24-year-old employee in the beauty industry, says that she’s never felt the need to lighten her skin, though she admits she has wondered about it from time to time. “Maybe it would be great if my skin tone could be lighter somehow,” she says. “but I’ve never bothered to actually purchase these kinds of products.” She says she also has never received any comments about the color of her skin from friends or family, adding that they only feel the need to comment if she has “dark circles or blemishes” as a result of not sleeping well or feeling sick. “Unless you have some medical issue, I believe that every skin tone should be considered ‘normal.'”

At the very least, the move by Johnson & Johnson, Unilever, and L’Oreal demonstrates awareness of the role they play in propagating these products in Asia’s skincare market. According to Daxue Consulting, in 2018 international companies such as Procter & Gamble and L’Oréal accounted for about 50% of the market share in China’s cosmetics industry alone. (These brands could not be reached for comment for this story.) Though such international companies have faced backlash for perpetuating colorism in other Asian countries such as India, in China many of these same brands echo the promise to meibai (美白) or “beautifully lighten” women’s skin in their advertising.

Though corporations and traditional media bear the brunt of responsibility for this trend, social media has played a role in perpetuating it as well. Chinese photo editing platform Meitu, which has 282 million monthly active users across its apps, has said more than half of the photos shared on its platform utilize its filters — which until recently allowed a wide array of eye widening, face thinning, chin sharpening, and whitening filters.

Jiayang Fan writes in The New Yorker that in its nine years of operation, Meitu “has almost literally transformed the face of China,” disseminating the “new kind of face, perfected by the Meitu apps, which you now see everywhere” — wanghong lian (网红脸), or “internet celebrity face.” Filters such as these have helped open the door to an entirely customizable type of beauty, which can be pushed to near-dysmorphic limits.

As South Korean celebrities spotlight tanned skin, and trending hashtags like #unfairandlovely combat colorism among South Asian women, could a similar backlash be brewing in China?

As far back as 2012, Yin ethnic minority singer Jike Junyi (吉克隽逸) gained as much praise for her darker skin as she did her singing after placing third in Voice of China’s first season, even kicking off a “tanning craze” among many of her fans.

Five years later, Wang Ju — breakout star of Produce 101 — gained a following on Chinese social media for her tanner skin and body type, which stood in stark contrast to the lithe, pale women she was competing against.

Coupled with the growing popularity of hip hop in China, Wang’s stardom fueled a small but sizable “European/American makeup” (欧美妆) trend, in which people strive to darken their skin with makeup or tanning — though many of them also utilize light-colored contact lenses.

Critics have posited that this trend may also just be another form of cultural appropriation, given the link to hip hop and African American culture. The term meihei (美黑), or “beautifully darken,” is the opposite of meibai.

What’s more, broader discussions of beauty and the struggle for gender equality are coming to the fore online. When a debate over one Chinese model’s freckles for Zara and another model’s “strange looks” on Vogue’s social media went viral, commenters defending their looks were seemingly as vocal as their detractors, many of whom retorted, “Why is it any of our business to criticize these women?” Others blamed the popularity of wanghong influencers for reinforcing a rigid beauty ideal through doctored photos. The debate reached such fervor that even state media portal China Daily weighed in, saying that the backlash showed “oversensitivity and a lack of cultural confidence.”

Brands have also detected the change and attempted to position themselves as “socially responsible.” After its 2016 campaign about “leftover women” resonated deeply with women all over China, SK-II became synonymous with “progressive beauty,” with timely campaigns such as their #BareSkinProject that advocated for age and naturalness. (This advocacy seemingly does not extend to skin whitening, however, as the Japanese cosmetic company still vends some of the most popular products for it on Chinese ecommerce platforms.)

Even Meitu has had to face up to change. Facing a tide of fatigue and backlash against the rigid aesthetic promoted by the Chinese selfie app, Meitu pledged in 2018 to offer “better photo effects” by enhancing the natural beauty of the user without altering physical traits. Meitu COO Bryan Cheng told Jing Daily in 2018 that “in the past, people tended to use the filters for paler skin,” but that users increasingly prefer more “natural or artistic” filters for their selfies.

As in many Asian countries, issues surrounding skin color in China are understandably complex. Though clever marketing, grassroots discussion, and role models are helping shape the conversation around rigid beauty standards, a long-standing preference for paler skin may yet prove hard to diversify.

Some of China’s Most Paw-pular Influencers Are Four-Legged 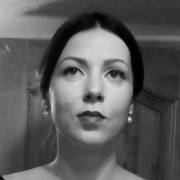