Lin Degang, chief executive of sex toy online retailer oyeah, told Reuters in 2012 that within five years, “sex toys will be a common commodity” and “a key element of a fashionable lifestyle.” A report from iiMedia Research Group says that only two years ago, China’s online market for sex toys was worth nearly 18.9 billion RMB (3 billion USD) and was projected to exceed 60 billion RMB in 2018. A quick flick through online marketplace Taobao can easily lead to an accidental two-hour shopping spree of adult toys, which are conveniently delivered right to your door, often the same day.

According to a survey from Renmin University on 21st century sexual preferences in China, between 2010 and 2015 the number of men purchasing sex toys increased from 5.7% to 10.0%, and the number of women from 2.7% to 5.7%. The stats are small, yet significant. While those with more traditional views might still associate sex toys with “infidelity, disrespect, no love and no care” according to the survey, Chinese women in particular are rejecting this sentiment in favor of simple sexual pleasure.

However, between 2010 and 2015, these results went flat, without any clear indicators as to the cause.

Nevertheless, in 2019 use of sex toys remains prevalent in China. Wanting, aged 43 and a single marketing consultant from Nanjing, says they help her unwind and act as a substitute for sexual pleasure between relationships.

“Personally, I’ve concentrated on building a career, so have found maintaining relationships difficult as I often travel around the world for work,” she says. “I found sex toys online after overhearing a young couple talk about them in a café, and use them to relax after a stressful period of work.

As understanding and an improved empathy for sexuality begins to increase, more young urbanites are feeling empowered to share their experiences of using sex toys and the intricacies of their sex lives. Guxi, aged 23 and currently pursuing a master’s degree in Shanghai, says her group of friends sometimes share tips on what sex toys work for them, and which ones to avoid.

She says, “It started when one of my girlfriends was a bit tipsy and complaining about her boyfriend in bed. Suddenly, three of my friends started telling her about all the different types of sex toys she should try, where to buy them, and how much they cost.

For others however, talking about their use of sex toys is embarrassing, and they’d rather explore their desires in private. Liwei, aged 28 from Shanghai, is in an open relationship. He says:

“I use sex toys such as nipple clamps, butt plugs and candles with both my partners — one from the US and one from the Netherlands. Actually, I never talk about using sex toys with any of my friends as I don’t want them to think negatively of me, as if I am showing off ‘exotic experiences’ with my foreign partners. I am also worried they might judge me and think of my sexual fantasies as ‘dirty.’”

Vibrators on display at a Shanghai convenience store

“For me it’s quite a private, personal matter buying sex toys. When I shop online, I can easily make price comparisons, comfortably take my time, and feel less embarrassed.

“Buying lube and condoms in shops is alright, but sex toys in public… I’m not ready to tell the world about my sexual desires. I get too many stares from elderly people when I just buy condoms — that’s about all the judgement I can take.”

For others however, going to sex shops with their partner provides an exciting experience. Until it recently closed, Pepper Love Store in Shanghai was renowned for its customer service catering to couples that wanted a better sex life. In a 2018 interview with Sixth Tone, owner Mao Yongyi said:

“I think Chinese women, especially urban millennials, are more and more open about exploring their bodies and spicing up their sex lives. [However] most customers who have just started to explore sex toys don’t really know how to select the products that fit their needs, or how to use and play with them in multiple ways. Our job is to understand their needs and help them find the most suitable products.”

Longli, aged 25 from Guangzhou, says, “I use butt plugs with my girlfriend, who was open-minded about my desire to experiment sexually from the beginning of our relationship. I prefer to go to a shop, rather than purchasing the butt plugs online, as it’s easier to test its quality.”

A satisfied sex life typically consists of orgasms and overall sexual wellbeing. For Chinese women, however, research shows that in 2000, just 5% reached a climax during sex frequently. That number half-heartedly climbed to 15% in 2015. Those who are married or living with their partner seem to suffer the most, with the least reported orgasms. The same survey, however, found that 55.4% of women interviewed thought of men’s genitals as dirty, and 46% considered sex itself to be dirty, shameful, and/or morally unacceptable.

While traditional morality and virtuousness have lost their grip on contemporary China, many young Chinese are still grappling with how to reclaim their sexuality now that they have the space to experiment. Fueled by prolific demand, however, the sex toy industry looks like it’s here to stay.

Cover image: A visitor looks at sex toys at the China Adult Care Expo in Shanghai

Lack of Period Products During Shanghai’s Lockdown a Bloody Nuisance

Episode 2 of MMA Documentary ‘Way of the Warrior’ Is Now Online! 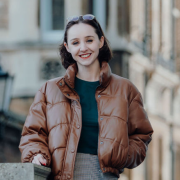 Olivia Halsall
Olivia Halsall is an incoming Masters student at Cambridge University. She spent a year studying Chinese at Tsinghua University in Beijing, and a year working as a freelance tutor and journalist in Shanghai. She writes about anything and everything to do with China on her media project, 66hands.com