“Prostitution touches on all those hot-button issues — migration, the income gap, corruption, sex, morals, you name it” — Lijia Zhang, Lotus

It is this illicit world of sex work in contemporary China that former rocket factory worker turned writer Lijia Zhang’s debut novel Lotus seeks to bring to light. In China, sex work is technically illegal — the Party decrees it a sign of so-called capitalist influence — but there are still around 20 million ji, as female sex workers are known in Chinese, working across the country.

Lotus is one part sociological study of sex workers and one part rom-com about a woman confronting her destiny. In the vein of the classic Julia Roberts film Pretty Woman, many men fall in love (or intense lust) with a “working girl” named Lotus. These men come from all swaths of society and seek to bring her out of present circumstances, servicing men in the back of a massage parlor.

The beautiful and brave Lotus left her home in a small village in Sichuan as a teenager to pursue work in the glittering city of Shenzhen. Designated as a Special Economic Zone, Deng Xiaoping’s reforms of the 1980s and 1990s created a city bursting with wealth, where sex workers are used to seal corporate deals or butter up prospective clients.

The novel moves through the point of view of Lotus and the photo-journalist Hu Binbing, who has chosen to live in the slums and document the lives of these women. Although written in English, the dialogue and metaphors used throughout have distinctly Chinese characteristics, often translated directly from Chinese to make for unusual metaphors in English.

All in all, the novel is much more heart-warming than expected. Ultimately, it’s a tale of survival, not victimization. If you’re looking for a nitty-gritty portrayal of the “horrors of sex work,” you’d best move along. But if you’re looking for a modern-day fairy tale filled with love triangles and a woman coming of age, this might just be the book for you.

I recently had the opportunity to ask Lijia Zhang a few questions about Lotus. Here’s what she had to say about taking on this serious subject in a controlled society such as modern China:

RADII: I have to admit, when I read that this book was about sex workers in Shenzhen, I expected it to be a lot more bleak and heavy. Instead, it was an often humorous and redemptive story of love and personal growth. Could you talk about what made you want to tell this story in this way?

Lijia Zhang: The novel was inspired by the story of my grandma, who was a prostitute. I discovered this long kept family history in front of her deathbed. So I wanted to tell a story of a survivor, not a victim.

One of the main characters, Hu Binbing, lives in the red light district and uses his art (in his case, photography) to document and shed light on sex work in contemporary China. What are the ways in which your own work is similar to and differs from Bing’s work telling the stories of these working girls?

Sure, there are some similarities. We both want to give voice to this group of marginalized women who don’t have a voice. But I think my motivation is simpler, while he also wants to use his work to achieve success, to regain lost ground with his ex-wife and to fulfill his own sexual fantasy. Now perhaps I said too much!

What role did religion play in your understanding of the characters and the narrative of the book?

Like the lead character Lotus, my grandma was a Buddhist prostitute. I found it fascinating that [a] high percentage [of] working girls have faiths of some sort. I believe religion plays a role of ritualized cleansing, something to make themselves feel cleaner and better. It is driven by survival. Religion plays a different role in Bing’s life. He starts to take an interest in religion as he is going through his first existential crisis. In other words, he is looking for the meaning of life. [They have] different levels of needs.

How does the concept of freedom influence your writing, especially in contemporary China?

Art/literature and freedom are synonymous. I think one of the many reasons that the Chinese literary scene is not as vibrant as it should be is due to censorship, as well as writers’ self-censorship. I suffered from this censorship. Some twenty years ago, upon the invitation of a Chinese publisher, I wrote a book about the Western image of Chairman Mao while I was living in the UK. But the book failed to pass censorship. So I made the decision to write in English, so that I can freely express myself. By writing in English, I also gained unexpected literary freedom: without the inhibition of writing in my mother tongue, I can take an adventure in my adopted language. Besides, writing is the space where a writer can feel most free.

“Without the inhibition of writing in my mother tongue, I can take an adventure in my adopted language” — novelist Lijia Zhang

My extensive research shows that the vast majority of sex workers enter the trade on their free will, but are often obliged by some unfortunate circumstances: having been abandoned by their husbands, having lost their jobs; having some family members seriously ill; or falling for the wrong men. Yes, there’s the temptation of money. Generally, to turn tricks is one of the few or only option they have. I hope the stories I described reflected the reality. By the way, for upper-class prostitutes, it is often a question of lifestyle choice.

Could you talk about your decision to incorporate Chinese idioms and sayings into the text?

I borrowed a lot of Chinese sayings in the hopes of providing an authentic setting and spicing up the language.

Awesome! Last question: What do you hope people will take away from reading your novel? What’s your bigger message?

I come from a journalism background. I was hoping to use prostitution as an interesting window to observe the social tensions brought along by the reforms. It shows the crude reality of the market economy with Chinese characteristics, and the resilience of women struggling in the bottom of the society.

Lotus was published in 2017 by Henry Holt & Company, and can be found on Amazon and wherever books are sold.

Shang-Chi and the Rise of Cultural Representation in Marvel Comics 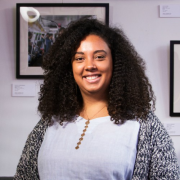 Kassy Lee
Kassy Lee is a poet living in Beijing. Her most recent chapbook The Period of Warring States was published by Another New Calligraphy press in 2017. She writes a weekly poetry newsletter you can subscribe to: Maambo Jaambo.