Home > Life > Boycott Indian-Chinese Food? For Most Indians, That’s Unthinkable
With over a century of dispersion in India's major cities, the cuisine transcends ongoing anti-Chinese sentiment

For nearly half his life, Freddy Liao has been working at Golden Joy. His father, Robert Liao, started the restaurant 18 years ago in Tangra, one of Kolkata’s historic Chinatowns.

By the age of 17, Liao, a fourth-generation Chinese-Indian who now runs the place at 33, was taking orders for coriander soup, Hakka chili tofu, Sichuan pepper prawns, chicken Cantonese chow, and many other dishes that have come to define the long culinary tradition of Indian-Chinese cooking in India. That food began on Kolkata’s streets decades ago and is now more than just utterly familiar to scores across India — it’s comfort food.

To listen to many tell it, the spicy-saucy flavors of Chinese food served in India were commonplace to urban kids growing up there. Experts say that Chinese cuisine has a kind of flexible foundation that allows it to move and thrive from Chengdu and Guangzhou to Toronto and Mumbai, and India’s version has been called the “masalafication” of Chinese cuisine.

It’s the collision of ginger-garlic-chili and pan-Asian ingredients that Indians can’t get enough of. Sweet corn soup, honey chili pork, and drums of heaven — dishes that evolved to ultimately resemble very little of what would actually be served in China — were brought to India’s mainstream diners through everything from street carts and local take-out restaurants to high-end dining experiences. Refrigerator doors have long held green and red bottles of Ching’s chili sauce, the “desi [South Asian] Chinese” brand that features Bollywood actor Ranveer Singh as “Captain Ching.”

In Bengaluru, you’d be hard-pressed to find a bar that didn’t serve chili chicken, complete with quartered onions glistening in spicy soy-based sauce. The words “Manchurian” and “Schezwan” can be found on menus across the country, but Indians are almost guaranteed to think of batter-fried cauliflower or chili-laced gravies before they think of regions in China.

“Chinese cuisine is about being subtle,” Anjan Chatterjee, the founder of restaurant brand Mainland China, tells RADII in an email interview. “Chinese in India started creating gravies to suit the local palate, as a result of which they were forced to add in more than required spices, like garlic, ginger, and even white onions in some cases, which gave rise to Indian-Chinese.”

The story of Chinese migration to India has been told time and again, but it bears repeating. In the late 18th century, Chinese immigrants began to arrive in erstwhile Calcutta, believed to have been preceded by Tong Atchew, who is worshipped as the first Chinese migrant to step into the city. A profusion of Chinese leather factories gave Tangra its name, though these businesses dwindled after the devastation of 1962’s Sino-Indian War, during which thousands of Chinese-Indians were sent to internment camps in Rajasthan.

Liao’s grandfather owned a leather factory in the area, but his son, Robert, eventually turned to restaurants, as did many other migrant families. Indo-Chinese eateries began to populate Kolkata’s Chinatowns. The food they made took its name from the Hakka Chinese communities that owned these establishments, giving rise to Tiretta Bazaar and Tangra as the hubs of Chinese culture in India.

Indian-Chinese food’s soaring popularity in major cities can be traced back to the 1970s and ‘80s. In 1983, Nelson Wang — a Chinese immigrant who is said to have invented Chicken Manchurian while working at the Cricket Club of India — went on to open China Garden, a sprawling restaurant in the heart of Mumbai that attracted the “who’s who” of city society. “That totally revolutionized Chinese food in the city,” says hospitality professional Aslam Gafoor. Growing up in Mumbai, Gafoor also recalls the handcarts on Churchgate and Linking Road that tossed enormous woks of rice and noodles over searing stoves, which were then eaten on stools perched on street corners.

By 1994, when Chatterjee opened the first Mainland China restaurant in Mumbai, the cuisine’s landscape was already changing, maturing, and specializing. “The city already had quite a few favorite Chinese brands, some of which were Cantonese style, but some already had introduced Sichuan and other regional cuisines of China,” says Chatterjee, who would go on to open 35 Mainland China locations in 15 Indian cities.

“After the liberalization of [India’s] economy,” he adds, “a lot of ingredients came to India from [China] which strongly influenced the main product — mushrooms from Yunnan, Sichuan peppercorn [from Chengdu], and ducks from Beijing.”

New chefs with regional expertise began to arrive as well. Dim sum, Peking duck, and baos, once served only at five-star hotels, began to reach wider audiences through new Chinese dining experiences, such as Yauatcha and Chef Manu Chandra’s Cantan in Bengaluru. “On the whole, [Indian-Chinese] cuisine has undergone a lot of changes, with new ingredients being introduced,” says Chatterjee.

The appearance of processed packets of sauces, soups, and ready-to-eat noodles on supermarket shelves in the mid-’90s also helped bring much-loved Indo-Chinese dishes into the home. Dr. Mukta Das, a research associate at the food studies centre of the School of Oriental and African Studies (SOAS) in London, recalls her family’s Friday chili chicken nights.

Indian-Chinese food’s commercial success and universal adoration is perhaps why many would consider the cuisine to be far more Indian than Chinese. Says Das:

“You get to a point where you are selling food and helping people beyond your cultural or ethnic group. We call this a social accomplishment, and the Chinese seem to be brilliant at doing this.”

Yet this past year has seen little celebration of the community. The coronavirus pandemic has battered the restaurant industry, and those of Chinese origin around the world have been on the receiving end of widespread racism and xenophobia. In June, as border tensions between India and China mounted, Union Minister Ramdas Athwale called for a boycott on Chinese food in India. “Chinese food and hotels selling it should be closed,” he tweeted.

Criticism of his comment came swiftly and sharply — Chinese food served in India uses Indian ingredients, Indian chefs, and serves an Indian clientele. How would a boycott affect the Chinese government?

When it comes to food, Das explains, non-white ethnicities are often overly marked by the cuisine easiest to associate with them. This simplistic connection attempts to erase the deep roots of Chinese-Indians in the country, their citizenship, and their familial ties to India.

“When there’s a nationalist agenda, people have to play with food identity in order to either belong, or make sure somebody else doesn’t,” Das says. “Migrants who are cooking or have food businesses — they are the most vulnerable.” It isn’t just that the food offers a viable income to families and an economic boon to towns and cities — it’s also crucial to building a home away from home, in a way few other things can. Or, as Das puts it, a “kind of psychosocial support that comes from eating things that are familiar, or produce a memory or a kind of nostalgia.”

Soon after the minister’s tweet, Liao put out a Facebook post to call attention to the treatment of Chinese-Indians, though he isn’t interested in talking politics any more. He’d rather urge political leaders to boost tourism around Tangra and the community that lives there. He no longer has close family in China — they are instead split between India, Canada, and the United States, where his uncle owns a restaurant. He says:

“I’ve grown up in Calcutta, I studied in Darjeeling. I mean, why do you have to be treated differently? People should not be treated unequally because we are very much Indian.”

Over 1,600 Chinese-Indian people lived in Kolkata at the turn of the 20th century, but only a few hundred families remain. When Liao’s restaurant was first opening, relatives and friends from all over came to help his mother Liu Yuan Chiu, who oversaw the kitchen, devise the menu.

Sometimes, when his cousins come to India for Chinese New Year, they teach the family a new dish or two. While many in his generation are moving in search of opportunity and entertainment, some are still taking over their family restaurant businesses, as Liao has done.

Though an anti-Chinese sentiment continues to pervade India — the country has already banned 118 Chinese-owned apps this year — there seems little concern from restaurateurs like Liao and Chatterjee over its impact on Indian-Chinese food.

If Chinese migrants can be credited with the adaptability of the cuisine, perhaps its resilience to the seeds of distrust sown against it can be traced to those who call the food their own. And that’s a lot of people.

Nighttime Coffee Shops Are All the Rage in Macau

7 Entertainment Trends in China to Watch for in 2022 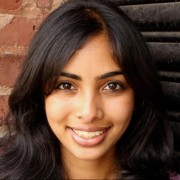