Home > Life > How Basketball Became China’s Most Beloved Sport
And no, it's not just because of Yao Ming

From pick-up games to livestreamed tournaments, China loves basketball in every shape and form. Pass by a public sports complex on any given day and you’re likely to find row upon row of courts at full capacity. Basketball as entertainment is just as, if not more so, prevalent — almost half a billion people watched the NBA’s most recent season through Tencent, the entertainment and tech giant that last month extended its exclusive digital partnership with the NBA for another five years.

As China gears up to host the 2019 FIBA Basketball World Cup from August 31, here’s a look at how the country became so enamored with a game that has only been around for a little over a century. (We’ll give you a hint: it started well before China’s most famous 7-foot-6 player ever set foot in America.)

The Birth of Chinese Basketball

It took just four years after the invention of basketball in Springfield, Massachusetts in 1891 for the sport to make it across the Pacific. It was introduced alongside the establishment of China’s second YMCA in Tianjin by American missionaries, who viewed it as a tool for promoting Christian ideals of masculinity and health.

It was through the universities, however, that the game really began to gain ground in China. The country’s first national team, made up entirely of college students, took home a silver medal in the inaugural Far East Championship Games basketball tournament in 1913. In early 20th century Asia, China was ranked second only to US-occupied Philippines, and of the ten Far East Championship Games that were held, China was the only country that ever beat the archipelagic nation. 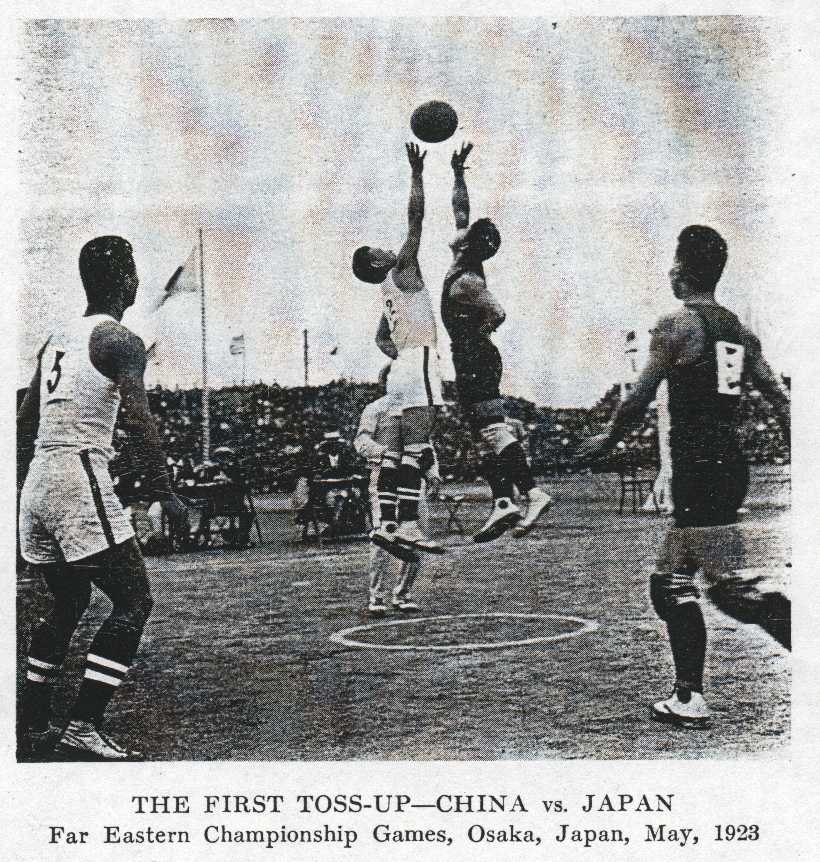 Even when sports and leisure yielded to war and survival efforts throughout the Second Sino-Japanese War and WWII, basketball still found a place as a pastime of Communist soldiers, which laid the groundwork for how the sport would fare once they took power in 1949.

The sport took on a life of its own in Communist China, enjoying political support and gaining official recognition as a national pastime. Members of the People’s Liberation Army (PLA) founded one of the country’s first domestic teams, the Bayi Basketball team, which went on to become one of the country’s most celebrated basketball franchises. The team’s name, “Bayi” (八一), literally “eight one,” was named so after the founding date of the military organization, on August 1.

The PRC’s first sports movie in color was a basketball movie, called Woman Basketball Player No. 5. The film, released in 1957, modeled its protagonist on a prominent player on the women’s national team at the time, Yang Jie.

The nation’s love for the sport — which by now had largely overcome its association with Christianity and the West — was unwavering. It weathered the Cultural Revolution, and after the launch of “ping pong” diplomacy in the ‘70s, basketball became another way China could reconnect with the world.

The NBA’s Entry and the Years of Yao

In the decade following Deng Xiaoping’s reopening of the country, Chinese basketball began to see an explosive rebirth thanks to the US’s National Basketball Association, or NBA. During what many consider to be the “golden age” of NBA basketball, the league saw its chance to reap what the YMCA had sown almost a century earlier.

Under the direction of Commissioner David Stern in 1987, the NBA began giving away free recorded broadcasts of games to CCTV. Two years later, that agreement quickly transitioned into a full-blown live-broadcasting deal, which few American media companies had managed to pull off at the time.

The introduction through State-sponsored TV of the American league and its stars such as Magic Johnson instigated a reorganization of China’s own professional basketball system. A Chinese equivalent, the Chinese Basketball Association (or CBA), was founded in 1995, and became a league the NBA would start recruiting from in the years to come.

It was America’s women’s league however, the WNBA, that first took a chance on a Chinese pro. The Los Angeles Sharks drafted Zheng Haixia in 1997, a player on China’s national team who helped bring home the country’s first Olympic medal in the sport in 1984. The NBA followed suit four years later, when the Dallas Mavericks drafted decorated Bayi Rockets center Wang Zhizhi.

Although Zheng and Wang’s careers in the American leagues were relatively short-lived, spanning just one season and four seasons respectively, they paved the way for the sensation that would follow them.

Before being drafted to the NBA, Yao Ming had already played for the Shanghai Sharks through his teenage years, and for five years in the CBA. After signing to the Houston Rockets in 2004, Yao would become the face of Chinese sports and propel the marketability of NBA all-stars in China to new heights. Over 200 million Chinese viewers tuned in to watch Yao’s first head-to-head with Shaquille O’Neal on the court. Not long after, the NBA started hosting annual preseason games in Chinese cities for fans to watch in person.

Only a handful of Chinese players have managed to make it to the American league since. Jeremy Lin — the NBA’s first Asian-American player of Chinese descent and spark for the mania known as “Linsanity” — is the most popular current NBA player in China (based on social media followers, mentions and Baidu searches). That position has likely been bolstered by the recent announcement that Lin will ply his trade for the CBA’s Beijing Ducks for the 2019-2020 season.

But even without a consistent influx of big-time Chinese players, the NBA still has ways to connect with its mainland Chinese fan base. In 2010 the league began streaming its games live on Chinese microblogging platform Weibo. It also cut a deal with Chinese tech giant Tencent, allowing the latter to stream games and market to consumers across popular social media platforms such as QQ and WeChat (both Tencent products).

Individual teams have also found their own ways to court Chinese fans. Dallas Mavericks owner Mark Cuban recently challenged online users to create a new Chinese name for the team, which it then adopted. Other teams have worn special Chinese-character stitched jerseys during the Chinese New Year.

After receiving more than 100k votes from Chinese fans, we just revealed our new Chinese team name during our @tencentnba broadcast. We're proud to introduce 独行侠！

The connections formed between US and Chinese basketball have even resulted in former NBA players finishing their careers in China. After leaving the NBA, all-star Stephon Marbury continued playing professionally in the CBA for eight seasons, retiring for good just last year.

Though the NBA is still the most popular sports league in the country on social media, basketball fever is far from limited to American basketball. Homegrown stars within and outside the CBA have gained a following in their own right, as evidenced by the popularity of streetball tournaments and reality TV shows such as Dunk of China with stacked lineups of celebrity judges. (After Jeremy Lin and Taiwanese pop star Jay Chou fronted the first season of Dunk of China, the new series has brought in the likes of Dwyane Wade and Nick Young.)

Paralleling the way in which basketball has been absorbed into China’s daily grind, massively popular online forum HUPU was first formed around basketball before it grew to encompass other topics such as football, esports, film, and music.

More than 300 million people in China play basketball today, and China’s CBA has grown to include 20 men’s teams located all across the nation. Withstanding decades of anti-Western sentiment and political shifts, basketball has taken root and become a part of everyday life and entertainment in China. Today, the sport is as popular as ever, and its diehard Chinese fandom isn’t likely to abate anytime soon.

What’s In a Game? Why You Need to Be Playing Mahjong

Listeners of the World, Unite! Why Stressed Out Students are Turning to Revolutionary Songs

Andrew Little
Andrew is a writer from Dallas, Texas, and currently based in Beijing as a RADII contributor.