Home > Future > Alibaba Promotes “Greener” 11.11 Shopping Festival, But Criticism Remains
As it prepares for its online "Singles Day" consumption-fest, Alibaba has made a press push to promote what it calls a "greener" 11.11 festival

This article by Avery Booker was originally published on Jing Daily. It has been edited and re-posted here with permission.

According to Alibaba figures, more than 180,000 brands took part in last year’s 11.11 shopping event, and over 40 percent of customers purchased international brands, which included Apple, Estée Lauder, L’Oréal, Adidas, and Dyson. In total, the Cainiao Network, Alibaba’s logistics data platform operator, processed more than 1 billion delivery orders in the wake of the event.

This year, the e-commerce giant is focusing on promoting even greater spending from customers from lower-tier cities, trying to get existing customers to branch out into lesser-known brands and products, and getting more brands on board from China and abroad. In a release this week, Alibaba noted that more than 200,000 brands are participating in this year’s event, with 1 million more new products up for grabs, and an extra 100 million customers expected to shop online (up from 400 million last year).

Trumpeting massive sales figures and mentioning big data upgrades has become par for the course from Alibaba in the run-up to its annual 11.11 event.

Alibaba is Launching a Space Station for its 11.11 Shopping Festival

But one area that has gotten less scrutiny — although still a rising amount in recent years — is the environmental impact of the event.

As major brands look to become — or appear — eco-friendlier or at least to lower their use of plastics or non-recyclable materials, being associated with an event that sees millions of cardboard boxes, tons of plastic tape, and mountains of bubble-wrap being deployed can be a minefield.

As a CNN piece on the impact of China’s online shopping boom noted in 2016, Greenpeace — which previously called Alibaba’s 11.11 festival a “disaster for the planet” — estimates only 20 percent of packages are recycled or reused in China. As Ada Kong, spokesperson for Greenpeace in Beijing, put it, Alibaba’s shopping festival “encourages people to shop irrationally, and such irrational consumption is costing the environment.”

According to Reuters, that same year, the total orders placed during 11.11 produced 52,400 tons of additional carbon dioxide.

Admittedly, this problem is not limited only to Alibaba’s 11.11 event. China’s e-commerce boom has brought with it a major trash problem.

Last year, according to TechNode, “Beijing issued new guidelines to promote the use of sustainable packaging materials in the logistics industry […] including those aimed at setting up national standards for green packaging in the express industry.”

For its part, as it prepares for its online consumption-fest, Alibaba has made a press push to promote what it calls a greener 11.11 festival. As Taobao and Tmall president Fan Jiang said of the event, “Given its scale, minimizing environmental impact is essential and our technology will ensure it is a green 11.11 Global Shopping Festival.”

That’s a big task, and relatively few details have come out about how the company plans to accomplish this when dealing with millions upon millions of orders within a vast country. A release from Alibaba noted that Cainiao and its partners will make November 20th a special cardboard packaging recycling day and hope to convert 75,000 locations into permanent recycling stations. Customers who recycle will be incentivized via “green energy” points on Alipay’s green initiative mini-program, Ant Forest.

The company also says it will save 200,000 kilowatt hours of energy on 11.11 by powering its data centers with “renewable energy and energy-conserving technology, such as liquid-cooled servers.” 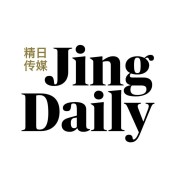 Jing Daily
Launched in 2009, Jing Daily is the leading digital publication on luxury consumer trends in China. It is our mission to understand the forces shaping the future of the luxury industry by bringing our readers the latest news, analysis, features, and reports exploring developments in that landscape. We seek to understand how the definition of luxury, and by turn its consumption, are changing, how the digital landscape in China is developing, and how brands are adapting and taking advantage of those changes. Our readers are industry leaders seeking to understand China’s complex and rapidly evolving luxury industry.