Hey kid – heard you needed a radical new ride. The police are cracking down on your budget brand motorbike, and bicycles are for your dad (pedaling is laaame). A two-wheeled self-balancing hoverboard, you said? What is this, Christmas 2016?

Lucky for you we got you covered. Here are only the illest rechargeable, semi-explosive sets of wheels on Taobao. Cruise past your nark friends in style, and make them say “woahh duude!”

Rock the eternal cool of a skateboard with none of the effort. This battery-powered longboard will have you carving for 25 kilometers before you have to recharge the hulking beast of a battery on the machine’s underbelly. The designers did opt to include a carrying handle, so you can more easily lug it into the office of your social media management job, to the disgust of the world at large. If you’re reading this from California, your toes probably just started to tingle with delight.

In this world, there are leaders, and there are followers. Be an innovator with your own set of motorized freeline skates. None of your friends have ever heard of freeline skates, let alone motorized ones. That’s how you know you’re cool.

Freeline skates are like having a tiny two-wheeled skateboard for each foot, which can be propelled indefinitely by making a snaky S-motion with your feet. This version complicates the process even further, introducing a single motorized skate into the equation. The other skate is totally normal, ostensibly driven along by the thrust of the electronic one. What’s more is that the red, yellow and blue color scheme and digital display will have you feeling straight out of Astro Boy. We don’t know why someone made this, but we want to try it.

Take your locomotive superiority off road with this all-terrain behemoth. We’re talking 25 miles per hour top speed, inflatable wheels with treads, and impact shocks. You’re gonna feel like Johnny Tsunami in his timeless sequel, Johnny Kapahala: Back on Board.

We can’t vouch for how much you should trust this machine. It looks solid, and boasts foot straps and a 160W dual-wheeled motor (the Soulrun electric longboard motor runs only one wheel). At 3,000 RMB it’s a little pricier than some of our other options, but you’ll thank yourself when you’re shredding mud on the slopes of Honolulu, just like the Dirt Devils in 2007’s TV hit, Johnny Kapahala: Back on Board. 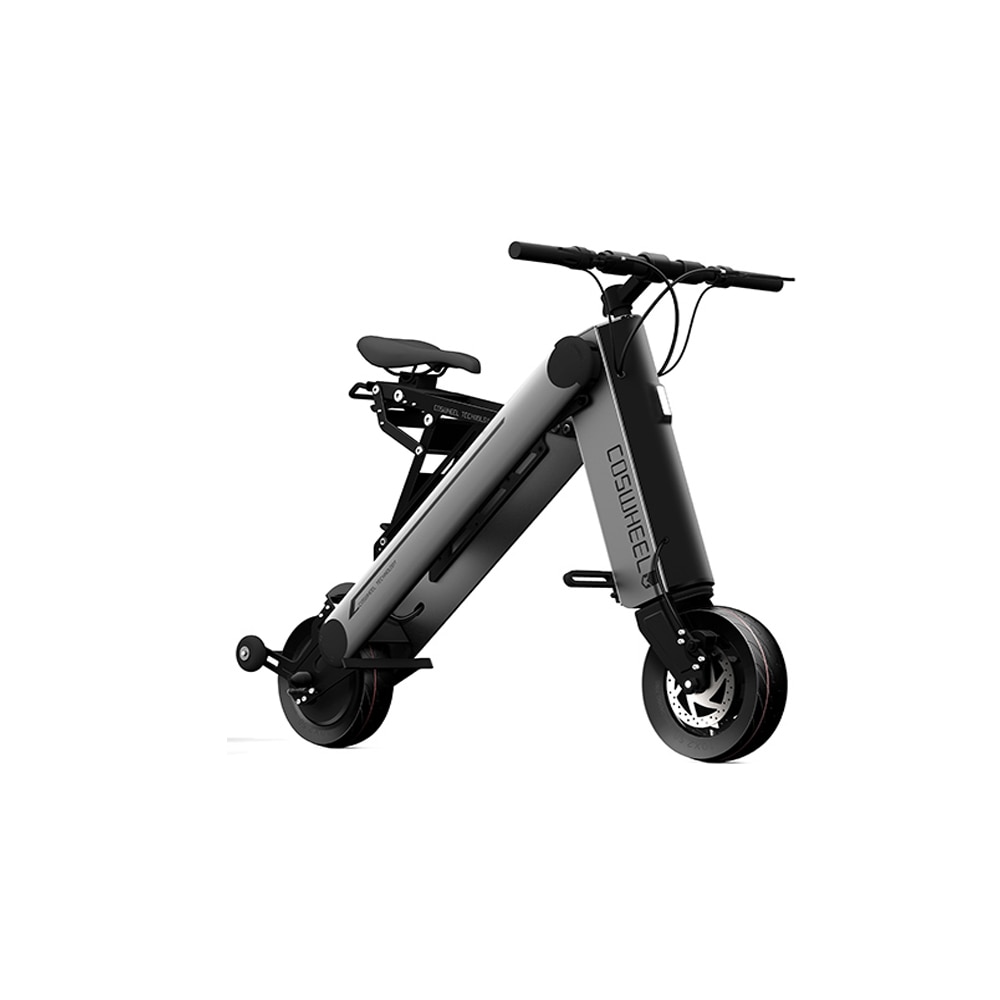 The Coswheel A-ONE markets itself as the tool to solve all your urban transportation problems. The strange, three-angled folding baby bike is supposed to be ultra portable.

But priced at 4,699 RMB, it makes you wonder, why wouldn’t I just give into the temptation of those beautiful all-terrain treads of the mountain board, or at least the reasonably priced urban mobility of the Soulsurf board? This one scores lowly on the radical scale.

One wheel to rule them all. The first time I was ever exposed to China’s single-wheeled self-balancing scooter technology was in Hangzhou in 2014. This was before the first whirrings of the hoverboard craze had begun to stir, and I was minding my own business in some distant residential district when a man flew by me texting and standing on a single motorized wheel. I screamed out loud.

A few years later though, it’s already become old hat. Seeing someone on one of those geeky electric unicycles prompts more jeers than nods of admiration. Revitalize yourself and the freedom of the one-wheeled path, with this single center-wheeled skateboard.

A complete rip off of Future Motion’s Onewheel board, the board is a decent middle ground of price, uniqueness, and (hopefully) effective locomotive capability. Only time will tell. If anyone has one of these, please WeChat us.

Pick your weapon and hit the streets. Sure, all of these are probably inferior to a bicycle in actual usability, but who cares? You’re gonna be whipping by these plebeians with the wind in your ears and not a care in the world. Relish the feeling.

Get Hyped About Kung Fu With New PlayStation Game “Sifu”